This project consisted of renovation to approximately 450 linear feet of existing building facades on the 1600 block of the famous Atlantic City, NJ boardwalk, of which 350 linear feet fronts on the boardwalk. The existing facades had no character and were run down from many years of neglect. Each existing shop had similar façade configurations which made them blend together with no distinction.

The new design incorporates many architectural elements consistent with the flavor of Atlantic City during its heyday in the 1920’s and 1930’s. Domes, turrets, marquees, canopies and colorful awnings were incorporated with varying groupings to provide a lively ensemble of interesting jewels that create individual identities for each shop, while maintaining a visual cohesiveness and the feeling of a seaside celebration .

Building materials such as brick, stone, and copper were used to maintain architectural integrity and authenticity and provide lifelong weathering with minimal maintenance, against the severe coastal winter weather.

Superstructure signage was incorporated into the design to enhance the visual variety of the facades and add importance and bookend buildings located at the end of each block. Signs were designed to reflect vintage 1920’s & 30’s roof top signs which had previously existed along the boardwalk, further offering visual excitement and festive character. 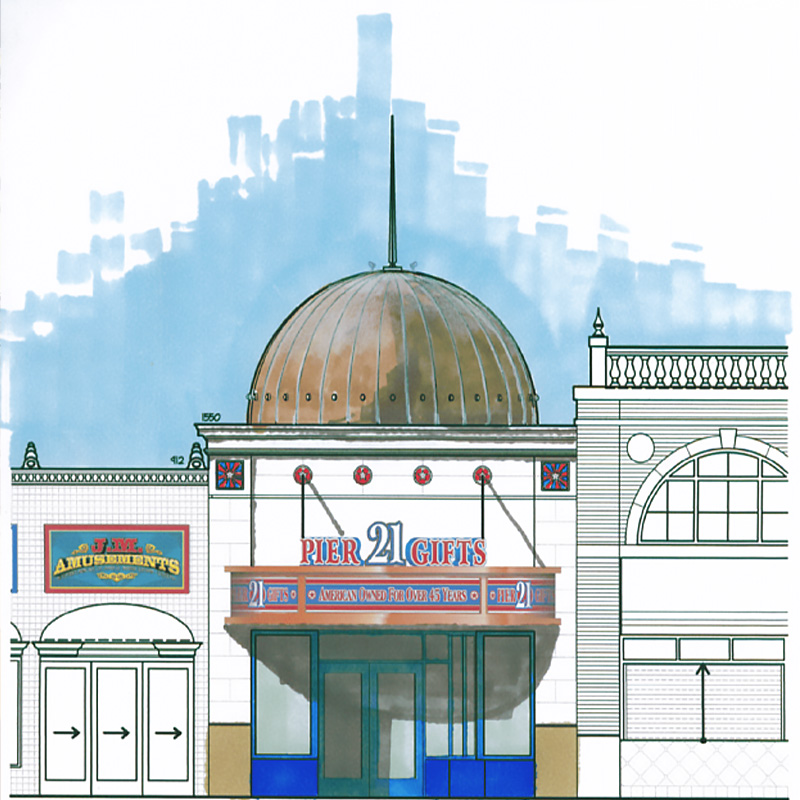 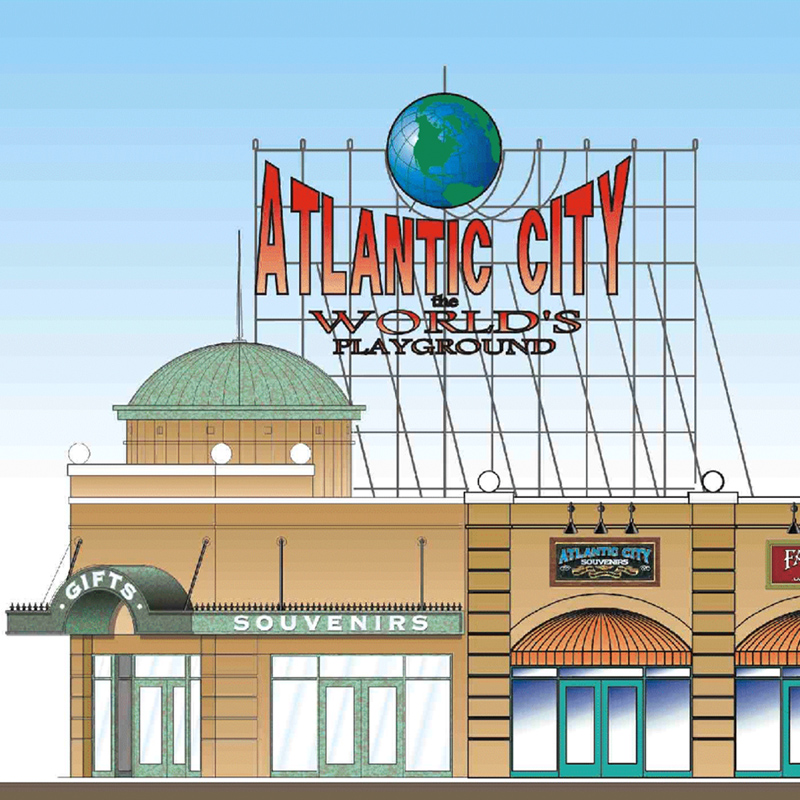